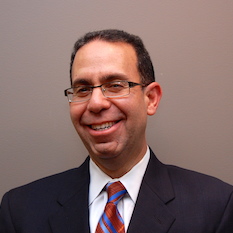 Abe Rychik, a founding partner and shareholder of the firm, heads its insurance defense, health care, employment and construction practice groups. He has over twenty-six years of experience successfully defending liability claims against corporate entities in the areas of professional and general liability and insurance matters. He also handles a wide range of complex commercial litigation. Mr. Rychik was born in New York City in 1962. He graduated from New York University’s Washington Square and University College, was elected Phi Betta Kappa, and received his Bachelor of Arts Magna Cum Laude in 1984. He received his law degree from Hofstra University School of Law, where he served on the International Property and Investment Journal, in 1987. Prior to founding Katz & Rychik P.C. in 2007, Mr. Rychik was a partner/shareholder at Melito & Adolfsen P.C. and a partner at Ohrenstein & Brown LLP. He is a frequent lecturer to the firm’s insurance company clients and the American Psychiatric Association and has lectured on professional liability, malpractice, employment and managed care issues.